The Road was screened for the press yesterday and premiered today in Venice, so the first reviews are in. But you probably want to see this first:

For more clips from the film, go to TrailerAddict.com.

John Hillcoat, Joe Penhall, Viggo Mortensen and Kodi Smit-McPhee were at the premiere. For some pics, visit Zimbio.

The Road has also been added to the Telluride lineup. The festival opens tomorrow.

Here are some initial reviews from the Venice screenings:

In “The Road,” director John Hillcoat has performed an admirable job of bringing Cormac McCarthy’s Pulitzer Prize-winning novel to the screen as an intact and haunting tale, even at the cost of sacrificing color, big scenes and standard Hollywood imagery of post-apocalyptic America. [The Hollywood Reporter]

John Hillcoat’s superb adaptation of the prize-winning novel by Cormac McCarthy leads its audience on a road to nowhere. The route takes us through blighted forests and past derelict homes, all this way to a grey and barren ocean that breaks against the shore. (…) What a haunting, harrowing, powerful film this is. Before last night’s premiere there were rumours that its lengthy post-production period (the movie was actually shot back in February 2008) spelled signs of a troubled, sickly production. By and large, those fears have now proved to be unfounded. [Guardian.co.uk]

As heartbreaking on screen as it was on Cormac McCarthy’s Pulitzer-prize winning pages, The Road is an almost unbearably sad film, beautifully arranged and powerfully acted – a tribute to the array of talents involved. There is so much in this picture, from dread, horror, to suspense, bitterly moving love, extraordinary, Oscar-worthy art direction and a desperate lead performance from Viggo Mortensen which perfectly illustrates the wrenching desperation of parental love. But its hopelessness will make The Road hard going for general audiences: critical and awards support are vital to its commercial success or failure and even still The Road will be a challenge. [ScreenDaily.com]

John Hillcoat has made a film of power and sensitivity that works remarkably well on the big screen. It plays like a Dystopian version of Huck Finn. “Tattered gods slouching in their rags across the waste,” was how McCarthy described the father and son on their grim odyssey south across America toward the coast.

The film captures well the strange mix of heroism and seeming futility that characterises the journey. What is most impressive is the restraint the filmmakers bring to their material. The look of the film is muted and grey other than in the flashbacks to the pre-apocalyptic moments that the man (Viggo Mortensen) enjoyed with his wife (Charlize Theron) before the world ground to a halt. [Independent.co.uk]

The Road is harrowing and beautifully composed. It aestheticises horror, thus getting away with ugly, disturbing, even ghoulish scenes by turning them into the cinematic equivalent of those Sebastiao Salgado photographs of Brazilian gold miners.

McCarthy’s novel worked partly because of what it left to the imagination. The film leaves nothing to the imagination — not even a cellarful of desperate human cattle who are being kept alive for slaughter. So although Joe Penhall’s script is remarkably faithful to the original, it doesn’t feel quite right. The film is bleak and visionary, but it leaves a faintly nasty taste in the mouth, as if it wanted to rope in the horror fans under its arthouse cloak. Yet there’s no denying its raw power. [London Evening Standard]

Okay, since I haven’t posted that many updates last month (vacation) and news just keeps piling up, here is a quick roundup:

The Last House on the Left was released on DVD

a couple of weeks ago. The region 2 DVD will be out on October 19.

The Road will premiere in Venice on September 3. That’s tomorrow. It will then be shown 10 days later (Sept. 13 & 14) in the Special Presentations program at the Toronto Film Festival. The listing is here. There are also rumours that it will be screened at Telluride (Sept. 4-7) so if you are in the Colorado area, keep an eye on the festival’s official site. The film opens wide on October 16.

Oliver Sherman starts filming in about a month. A couple of weeks ago, they were still casting a whole bunch of characters.  The casting call is here.

On the TV front…

was released on DVD on August 25. You can find a review and the DVD details here.

The Burn Notice season three finale will air some time in March. Ausiello at Entertainment Weekly describes Garret’s character  as a “scary-smart new client of Michael’s (Jeffrey Donovan) — and perhaps the first person to outsmart him.”

Terminator: The Sarah Connor Chronicles might still return as a movie. Here is what Thomas Dekker told the TV Addict the other day: “They’ve spoken about doing a TV movie. Well, not a TV movie, but kind of like a direct-to-DVD movie. Obviously it’s difficult because the show is based on a movie and they just had one come out, so it’s kind of hard to make a movie with our show because everyone has kind of forgotten about us. But they’re hoping, at least when I spoke to [Producer] James Middleton that’s where they are with it.”

The teaser for the CSI season premiere is online, as well as the press release and some pics from the episode (of Jorja Fox mostly). The show returns on September 24.

More updates as they come.

The Venice Film Festival has announced its full lineup this morning. As hinted earlier, The Road will be screened in competition. Here is the listing, with a new runtime:

For the complete lineup, visit the Venice Film Festival site. The list of films that will premiere in international competition is here.

The international jury will be presided by Ang Lee and also include directors Liliana Cavani and Joe Dante, writer-directors Anurag Kashyap and Luciano Ligabue, and actress Sandrine Bonnaire. On September 12, they will present awards in eight categories: the Golden Lion for Best Film, the Silver Lion for Best Director, the Special Jury Prize, the Coppa Volpi for Best Actor, the Coppa Volpi for Best Actress, the Marcello Mastroianni Prize for Best New Young Actor or Actress, the Osella for Best Technical Contribution, and the Osella for Best Screenplay.

The event runs from September 2 to 12. The screening schedule will be announced in August. 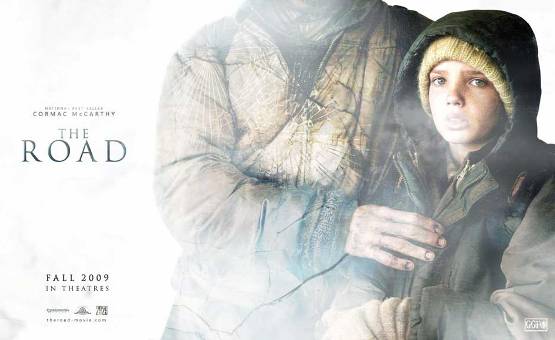 With one week to go before the July 30 announcement, artistic director Marco Mueller and his selection committee seem to have lined up a slew of pics with media-friendly stars, which should pacify the international press corps, which griped last year that the Lido was thin on star power.

The Venice Film Festival runs from September 2nd to 12th. The official lineup will be announced next week.